The name Helen Bonfils is not one most people recognize, but they should. Helen Bonfils was a pioneering entrepreneur from the 1930s into the 1970s. She accomplished things during her life that remain unmatched even nearly 50 years after her death.

As women continue to progress in the realm of entrepreneurship, it is important to understand how women in the past century worked tirelessly to lay the foundation for what can be done today. The life story of Helen Bonfils is part of the mission to better understand the heritage of female entrepreneurs.

Helen Bonfils was the daughter of Frederick and Belle Bonfils. Frederick did many things in life, including founding the Denver Post. He had the reputation as something of a rapscallion during his life. He was said to own gambling casinos, speakeasies, and even houses of prostitution during his lifetime.

On the other hand, Helen’s mother, Belle, was a pious, devote Catholic. She was essentially the exact opposite of her husband.

Helen had one sister, May. May ended up eloping with a sheet music salesman when she was a younger women. This resulted in a rift between May the rest of the Bonfils family.

Helen Bonfils Takes the Reins of the Denver Post

Upon the death of Frederick Bonfils in the 1930s, Helen made the decision to take over the reigns of the Denver Post herself. Helen really was the first woman to publish a major daily newspaper in the United States.

Helen and her sister May would end up twice involved in lawsuits over the Denver Post. Ultimately, Helen prevailed, including when her mother Belle passed away. When Belle died, Helen received her shares of Denver Post stock. These legal machinations resulted in the two sisters never really communicating with each other again during the remained of their lives.

In addition to overseeing the Denver Post, Helen became a major philanthropist, as did her sister. For example, Helen founded the Belle Bonfils Blood Bank, which ultimately would become the largest blood bank west of the Mississippi. Although operated under a different name, the blood center is still in operation today.

Helping the poor was also a major deal with Helen. For example, when she was in her office at the Denver Post, day in and day out people in need would line up in the hallway next to her office. These people came to Helen for help, and she would. 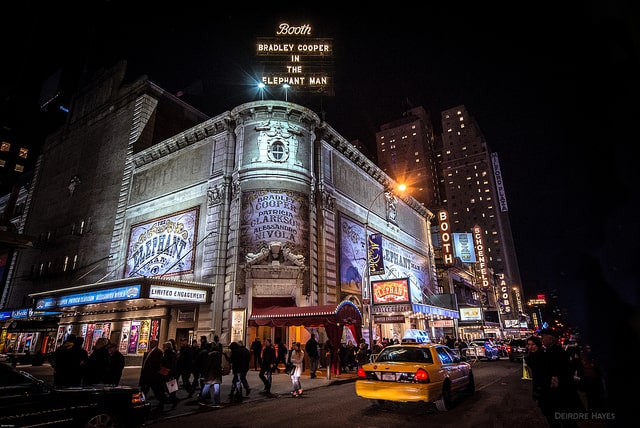 While running the Denver Post, Helen maintained an interest in theatre. In the late 1930s, Helen married Broadway producer George Sommes. They would remain married for about 20 years, when he passed on.

While married to George, Helen would start a production company. She ultimately became a successful Broadway producer.

She would also become a leader in the Denver theatre scene, founding the Bonfils Theatre. Ultimately, after her death, an endowment derived from Helen’s estate would build the Denver Center for the Performing Arts. Her endowment keeps the lights on at DCPA even today.

Helen Bonfils and the Making of a Wildcatter

At the age of 69, following George’s death, Helen would marry her 28-year old chauffer. Not comfortable with marrying a chauffer, Helen would set the man who became known as Tiger Mike up with his own oil company.

Tiger Mike Davis, while married to Helen, ended up having an affair with Phyllis McGuire, of the McGuire sisters musical trio. Phyllis herself was having a notorious affair with mobster Sam Giancana.

Helen would end up divorcing her second husband, about a year before she died. Tiger Mike would continue his relationship with Phyllis, remaining in her life long after the mobster fled the country and died.

Tiger Mike passed away in 2017. Phyllis McGuire survives, living in a magnificent house in Las Vegas, built with money that ultimately came from the pocket of Helen Bonfils, through Tiger Mike.

The Bonfils Girl: A Take on the Live of Helen Bonfils

In 2015, the full-length, one-woman show entitled The Bonfils Girl hit stages across the United States. The play stars veteran actor Cathy Washburn, who has been playing the role of Helen Bonfils since the play opened. The Bonfils Girl is the brainchild of Mike Broemmel, who spent nearly a decade researching the life and times of Bonfils.

The Bonfils Girl is a comedy-drama that plays homage to the life of this amazing women. Helen is a true inspiration for both women and men entrepreneurs. Her life story will remain an important tale into the future.

Jessica Kane is a professional blogger who focuses on personal finance and other money matters. She currently writes for Checkworks.com, where you can get personal checks and business checks.

How to Make Awesome Content Calendars in Google Sheets

Why Is Entertaining Clients Important?